So, these two things are totally unrelated, but if I am going to ever get through all my summer posts, I am going to have to combine a few.

This summer, we finally got a subscription to Netflix.  With all of our TV shows on hiatus for the summer, we decided it was the perfect time to get caught up on some movies.   I thought we would get a lot of movies for Kirk and I, but we ended up getting mostly family movies, new and old.  Because of this, we had a whole lot of movie nights this summer.  It was really fun.  Robby's favorite of the summer was probably "Percy Jackson and the Lightning Thief."  I think Zoe's favorite would be either "Fiddler on the Roof" or "Mary Poppins."  The girl loves her musical.  In fact, every time we pull out a DVD right now (or at random times at the store, or church, or whenever she feels like it) she belts out "Tradition" at the top of her lungs.  It is pretty funny. 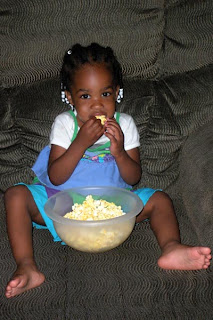 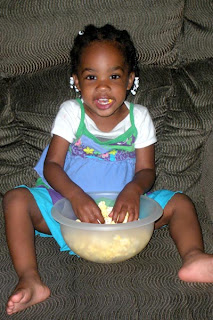 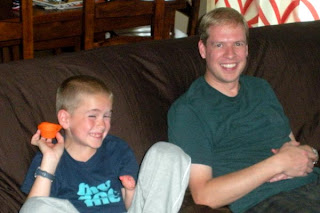 Robby got to go to his first Cub Scout Day Camp this summer.  He had a blast shooting bb guns, doing archery, building and launching rockets, rock climbing, building a model airplane, and all sorts of other cool games and activities. I got to go to and really enjoyed watching all the boys have a great time.  We have a really good group of boys.  I was a little concerned about Robby doing the archery because of his little hand, and it was one of the first things we did when we got there.  I thought that I would have to help him, but as soon as the camp counselor in charge of our group saw his hand he offered to help him shoot.  He held the bow for Robby while he pulled it back and shot it.  They made a pretty good team.  Then, the leader ended up sticking with Robby most of the day, helping him with everything (probably giving him way more help than he needed.)  I thought it was really neat how he became Robby's buddy and was right there whenever he thought Robby could use some help.  He was a great young man.  Robby loved every minute of scout camp and can't wait to go back again. 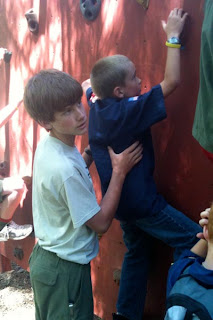