On Wednesday, we went to Skagway.  We scheduled a long, 8 hour shore excursion. I was a little concerned about the kids on that long of a day, but they did great.

For our shore excursion, we first took a bus up the White Pass and Yukon Highways. We learned a lot about the miners who originally took that route. They were heading up into the Yukon for gold. I can't even imagine trying to get over those mountains on foot or with animals. They were not allowed to come into Canada unless they had a year's supply of food and other supplies, so they had to make multiple trips to get all their supplies there.

We saw a lot of beautiful scenery. A lot of it looked quite a bit like what you would see in Utah, but a little more rugged and with different trees and plants. 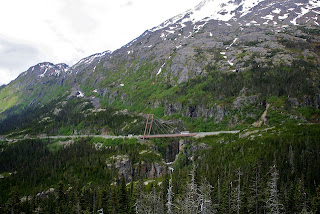 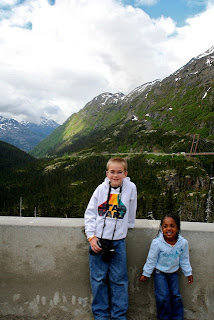 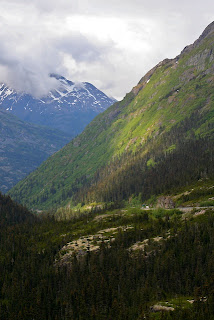 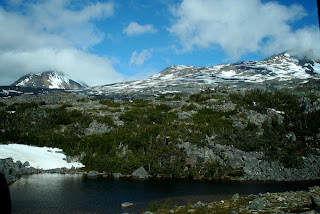 The land was really rugged and there were a lot of small lakes. They said that a lot of the miners would actually travel during the winter, even though the temperatures were well below zero, just because it was all frozen over and easier to travel. 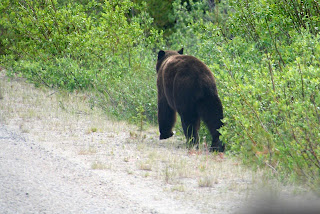 We saw quite a few bears while we were on the bus. They were just walking along the side of the road. It was kind of hard to get a good picture from the bus. 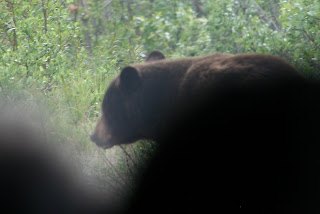 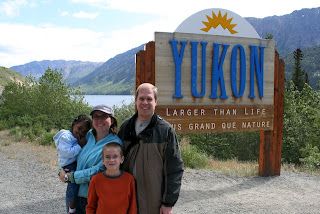 The bus tour took us into Canada. We even had to stop and get our passports checked, which was exciting for those of us who hadn't used our passports before.

After a couple of hours on the bus, we stopped and had lunch. We went to place where they have a dog sled team that they train for the Iditarod. It was very touristy, but was still fun. They had one area where they had a couple of the nicer sled dogs and some new puppies. You could pet them and feed them. Zoe was in heaven. It was probably her favorite part of the whole cruise. 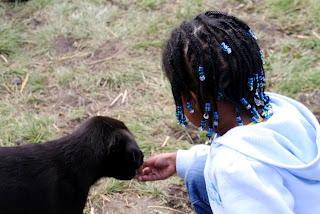 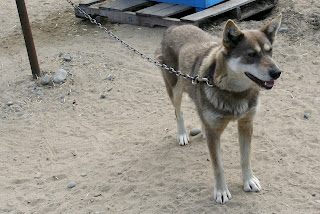 They were beautiful dogs. 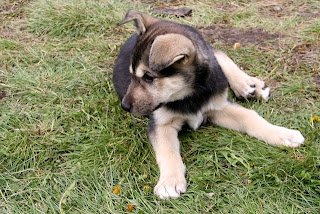 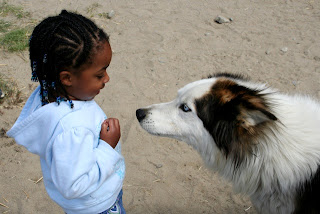 Zoe was not at all intimidated by the dogs. 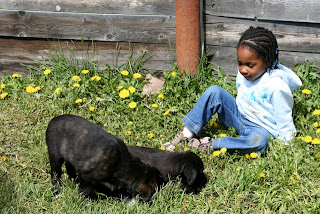 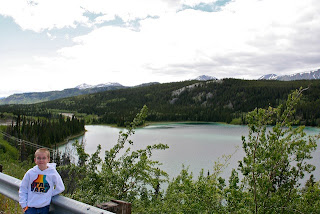 We then went to Emerald Lake. It was beautiful. 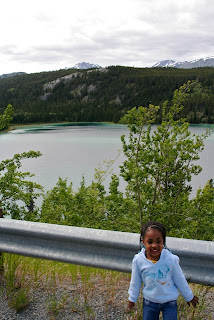 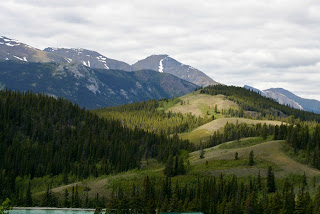 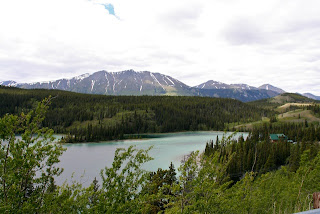 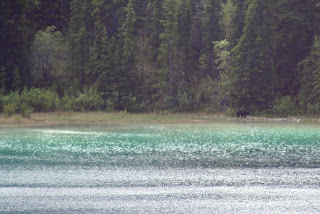 We saw another bear on the shore of the lake. 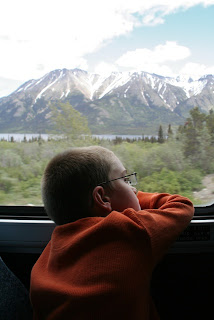 I wasn't sure how the kids would like the tour, but Robby found it all fascinating. 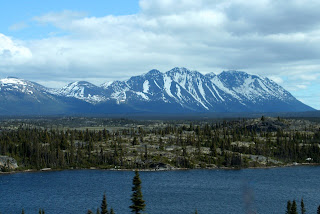 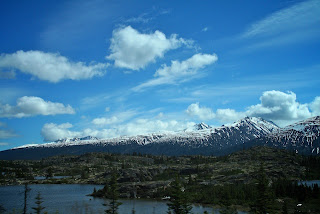 After the bus tour, we took the White Pass Railway back to Skagway. It was fun to ride on the train. We basically went back the way we had come but it was neat to see all the scenery from a different perspective. 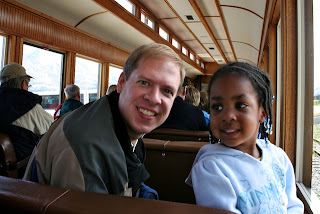 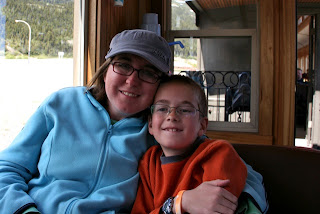 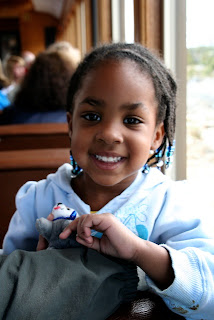 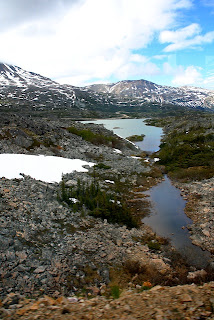 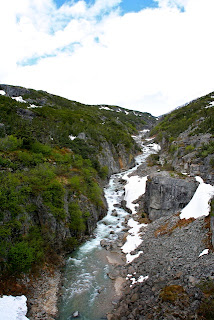 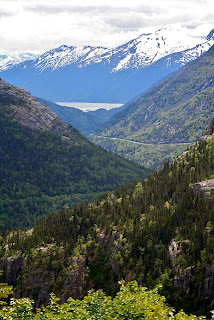 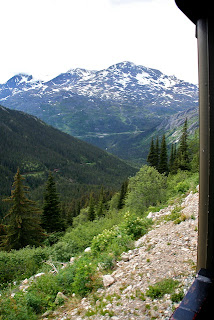 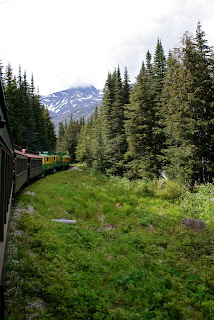 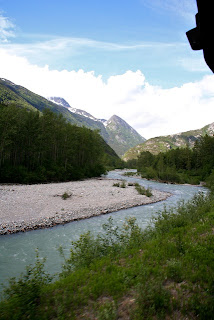 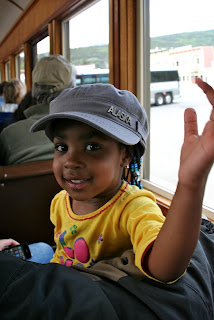 Our tour took longer than it was supposed to, so the cruise ship was waiting on us when we got back. We took off as soon as we were on the ship.

It was a very long, full day, but we were able to see a lot of things and had a good time.