Our last stop on the cruise was at Prince Rupert, Canada.  It was an interesting stop.  There is some rule that makes it so cruise ships have to stop at a foreign port, so this was our stop.  We were only at port for a few hours so we didn't plan any shore excursions.

Prince Rupert was definitely not the most exciting place. It was really small and there was not a lot to see.  However, we did not see nicer people anywhere else on the cruise.  We were the only cruise ship to dock there. Usually at most ports there were 4 or 5 cruise ships, but for the Canada stop, each ship stops at different times and in different cities. When we got off the ship in Prince Rupert it felt like the people were genuinely happy to see us. There were people standing on the port who were not there to sell anything (like they had been at every other port), but just welcoming us and answering any questions. They would point us in the direction of things to do in town, many of them free. It really felt like we were being welcomed into the community.

We ended up going to a small park and just letting Zoe run around and play for a while. She had a good time.

We only stayed of the ship for about an hour because we really couldn't find anything to do, but it was still a fun hour. 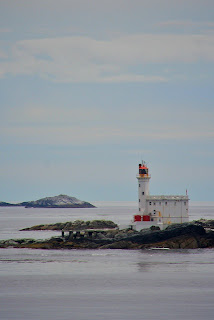 This lighthouse wasn't really at Prince Rupert, but was somewhere along the way. 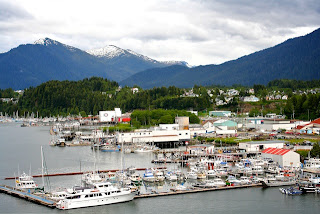 This is Prince Rupert. 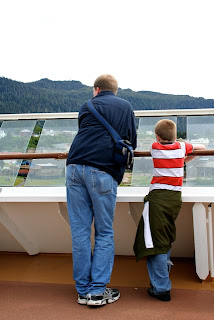 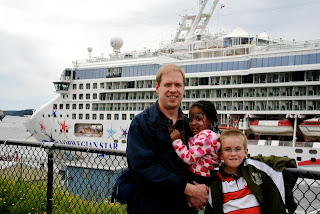 There was a park that overlooked the cruise dock. When we pulled into the dock there were a bunch of people watching us come in. After we played at the park we took some pictures of us and the cruise ship. 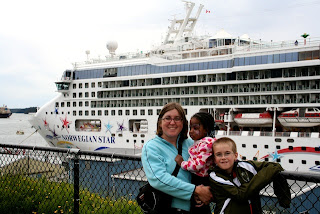 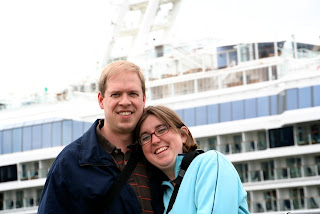 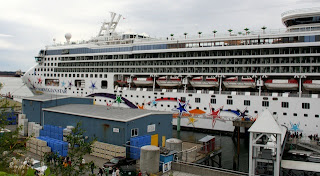 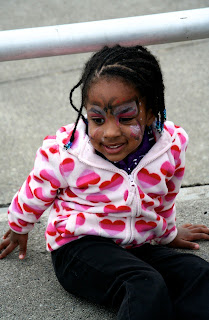 Zoe hanging out by the park, with her face painted from Kid's Club. 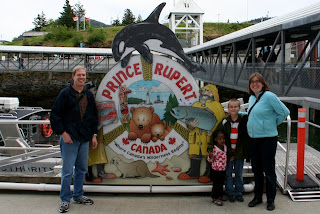 This picture isn't Prince Rupert either, but was taken that night, after we left. It was the only sunset picture I took on the ship. We were always in bed long before the sunset came.

Prince Rupert definitely wasn't our favorite stop and was not very exciting, but it was still a nice place.