I think Robby has only dyed Easter eggs once in his life.  In my defense, I think that boiled eggs and vinegar are two of the nastiest smells on the planet, but I guess that is really no excuse.

This year, I decided I really should let him dye eggs. 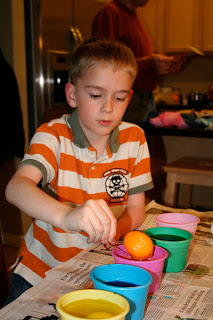 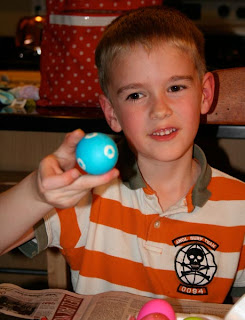 He had a blast.  When it was over, he asked me how I came up with such a great idea and if we could make it our Easter tradition.  I had to explain to him that actually I am just a terrible mom, that most people do dye eggs every year, and that yes, it could be our tradition.  I guess dealing with the nasty smell is worth it when I see how happy it makes him.

Easter day was great.  We woke up to eggs hidden all over from the Easter bunny.  When Robby walked in the room, he saw eggs all over the floor.  He asked me why the Easter Bunny would just put eggs on the floor, he should know that Robby is better at finding eggs than that.  It took quite a while before it dawned on him that those eggs were for Zoe.  It is hard to get used to the idea that the world doesn't only revolve around him now. 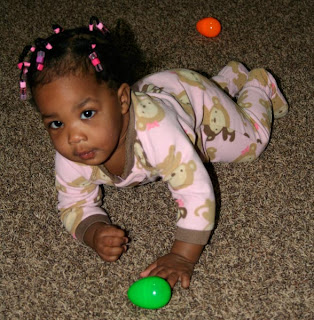 Zoe wasn't really too interested in the eggs, but she still had a lot of fun. 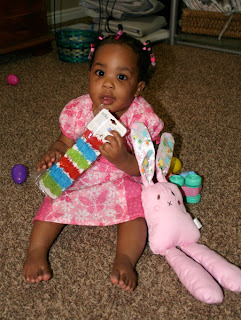 Robby got a new watch for Easter, which he was really excited about, plus quite a bit of candy. 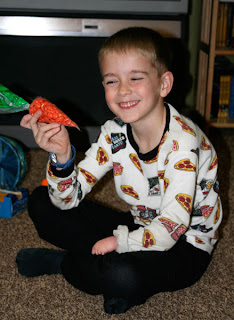 After Church my family and Kirk's parents came over for dinner.  It was a lot of fun spending time with all of them and just enjoying being together. 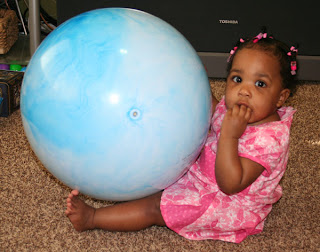 My parents brought Zoe this big huge ball.  She thinks it is the greatest thing ever.  She loves playing with it, even though it is bigger than she is.

I made Zoe's Easter dress this year.  I procrastinated it until the last minute, so it was a little stressful, but I was really happy with how it turned out.  Unfortunately, I never managed to get a very good picture.  Here was our best attempt. 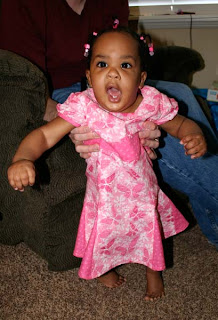 Yes, she is part lion.

And here is one more pictures, just because I couldn't resist. 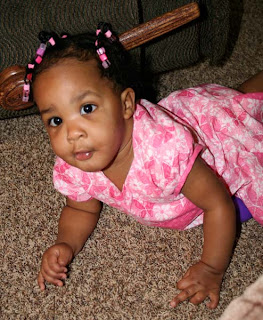