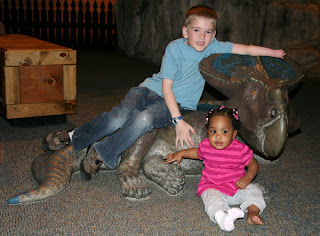 Last week, for spring break, we went with some friends to the Dinosaur Museum.  It was really busy since it was spring break, but it was still a lot of fun.  We ended up staying there for over four hours.  We went through the entire museum with our friends and then, when it was time to go, Robby decided he wanted to see some things again, so we went through the whole thing all over again.  He loved it and it was fun for me to see him so interested. 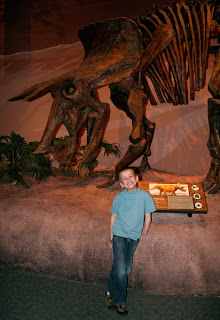 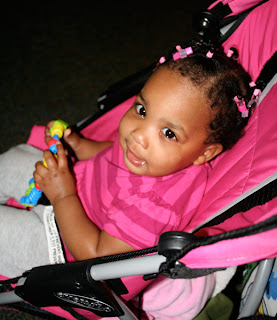 Zoe was a little trooper through the whole thing.  I couldn't believe she lasted through 4 hours at the museum, but I think she had a pretty good time. 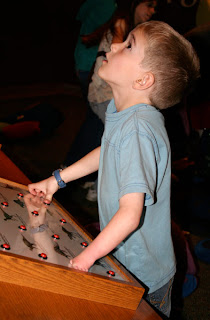 Robby wanted to read all of the signs and learned so much while we were at the museum.  One of his favorite things was a big map that would light up to show you where dinosaurs lived.  He was fascinated by it and would have probably stayed there all day. 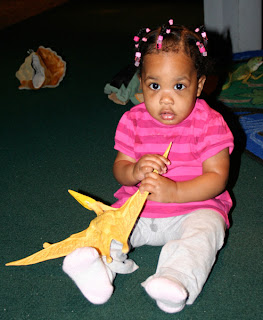 Zoe's favorite was sitting on the floor in the little play area, playing with the dinosaurs. 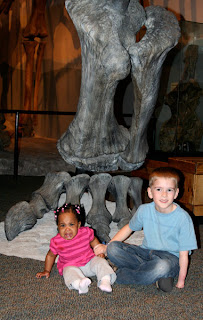 Zoe loved anytime she could get out of the stroller and crawl, but she didn't like when Robby tried to get her to sit still so we could take a picture. 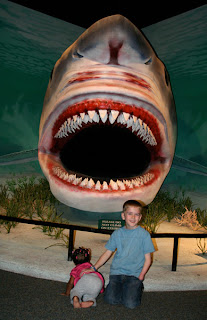 Sometimes getting her to hold still wasn't a possibility. 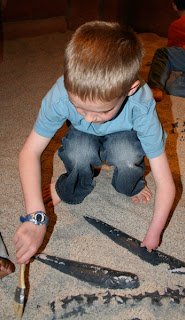 At the end of the museum, they have a big sandbox where you can dig for dinosaur bones.  Robby loved it.  He enjoyed digging and probably could have spent hours just in that sand box. 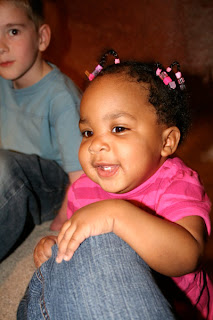 I didn't know what Zoe would think of the sand, but she really enjoyed it too. 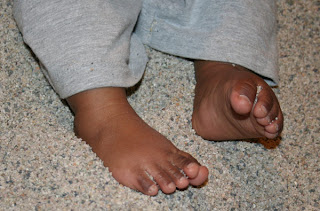 She loved to wiggle her toes in the sand.

We all had a really great day.  It made me excited for summer when we can spend more time together doing fun things.
Posted by Alice at 3:10 PM