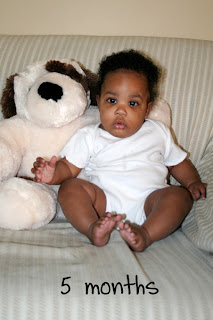 I have had these pictures for a couple of weeks now, but keep forgetting to post them.

At 5 months, Zoe is sitting up pretty well, although she is still too stubborn to roll over.  She is starting to play with toys more and even understand what they do.  She will shake a rattle if you say "shake, shake, shake" no matter what else she is doing.  She has moved to a big car seat, which she seems to like a little bit better than her infant one, but she still hates it.  She loves food, absolutely any food, and will grab anything we are eating and put it in her mouth if we aren't paying attention.  She has learned how to spit and is quite proud of herself.

Zoe is getting to be so much fun and we absolutely love having her. 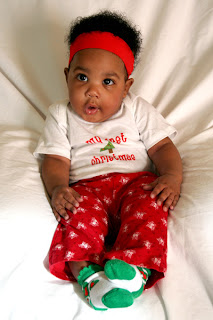 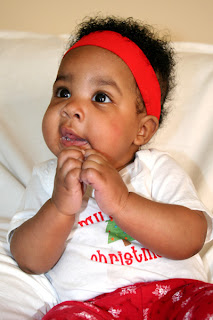 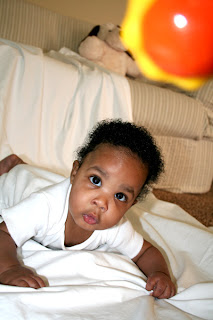 She really wanted the rattle and was trying to figure out how to get it. 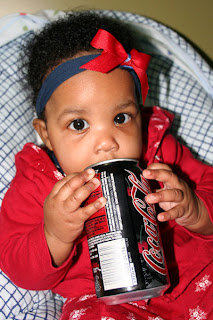 Here is one for the bad mother file.  Just for your information, it was empty and I only let her have it for a minute.  She had seen it on my desk and wanted it so bad.  Once it was gone, I finally let her have it.  The sad thing is, she knew exactly what to do with it and was unhappy when nothing came out.  I guess maybe I should cut back a little.

This weekend we went to my parents house.  We had to go a day late because the roads were closed from the snow, so we weren't there for very long.  We had a great time though.  We opened Christmas presents; the kids were absolutely spoiled, as usual, and enjoyed every minute of it.  We also watched the BYU football game and ate blue cupcakes for movie night (although I think we might have been better off watching a movie instead.) We had a great weekend. 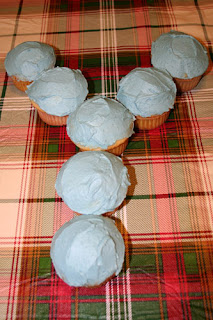