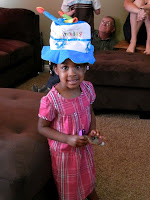 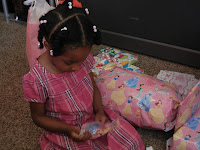 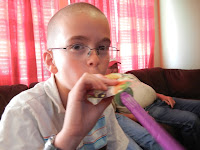 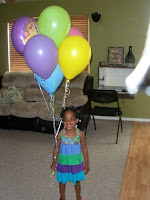 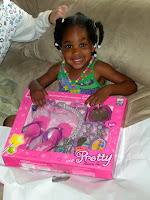 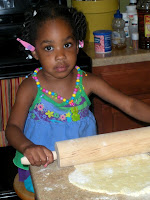 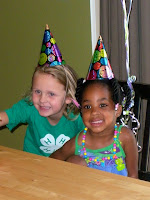 It is so hard to believe that my baby girl is now 3 years old. She is growing up so much. She is so tall and little girlish. I have had to start buying her pants in the little girl's department to get them long enough. She has so much personality. She loves to sing and dance. She loves people and will talk to and climb all over, anyone who will pay attention to her. She makes our lives so much fun and interesting. I can't even imagine life without her.
Posted by Alice at 3:42 PM