Last week, Robby had his track meet at school.

Robby has never been an athlete.  He generally doesn't even enjoy sports, but when they started training for the track meet, he was so excited.  He has loved running.  In fact, I could tell if they had run at school on any given day based on how good of a mood he was in when he got home.  If he was really happy, I knew they had run.

He really looked forward to the track meet.  He ran the two longest races for his age group, the 200m and the 400m.  He isn't really fast.  He came in towards the end of the pack in both his races, but he ran hard and was smiling the whole time.  I am so proud of him.  He didn't care what place he came in, he told me he just ran his hardest.

I sent him to the meet with one of my cameras so that he could take some pictures.  He didn't get many, but the ones he did take made me laugh. 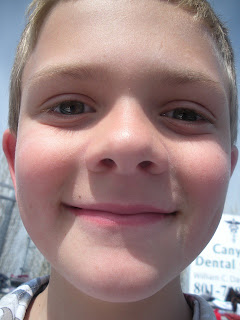 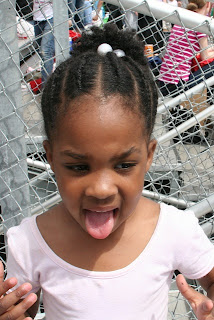 Zoe had dance that morning, so she was in her dance clothes.

I didn't get any pictures of his actual race (Zoe was not cooperating), so we staged some after he was done. 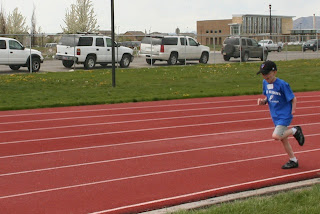 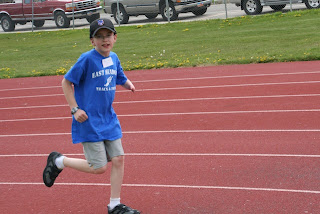 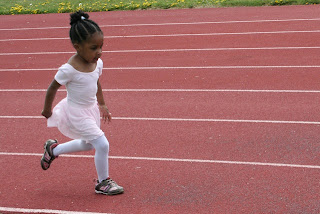 Now he wants me to start running with him so that we can run the 5k in June.  We'll see how that goes.
Posted by Alice at 10:12 AM