I can't believe my baby boy is 9 years old.  He is growing up so fast and turning into such a young man. 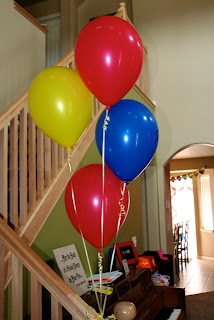 A couple of days ago we had a birthday party for him and his friends.  He decided he wanted to have a Mario Birthday Party.  We had fun planning it and getting things ready.

We decided to make the party a game in itself.  The goal of the game was to collect as many coins as possible.

Each kid got a coin pouch when they came to the party.  It went around their neck and gave them a place to put their coins throughout the party so they didn't get lost.  It was also a place they could put their prizes when they turned their coins in. 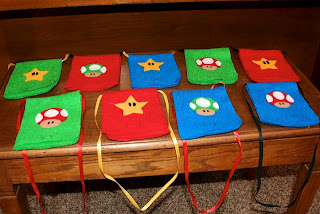 We came up with three different Mario themed games to play.

The first game was to destroy the enemies with a fireball.  I printed images of Mario enemies and taped them to some bottles.  Then we used Zoe's stuffed red ball, which looks a little bit like a fireball, to knock down the enemies. 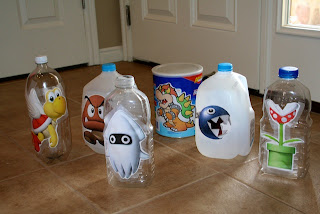 Next we played pin the mustache on Mario. 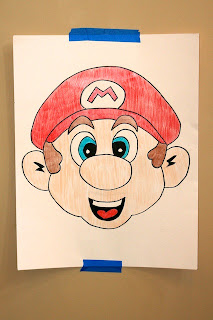 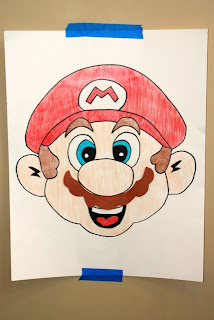 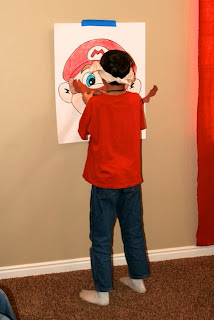 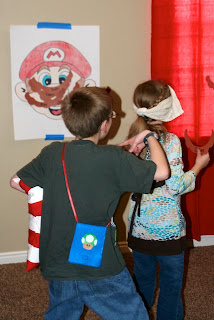 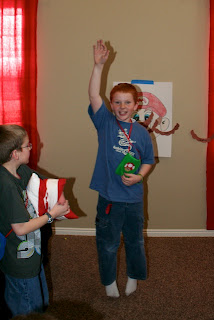 Our final game was trying to bounce ping-pong balls into paper cups.  Each cup had a picture of either a power-up of some sort or an enemy.  You got one point for each time you got a ball in a power-up and lost a point for each enemy. 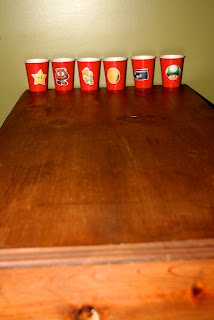 After each game, coins were awarded.  Everyone got at least one coin, but the winners got extras.  Also, after each game, everyone who played was able to stomp an enemy.  I made enemies out of balloons.  Each enemy had different amounts of coins inside.  You had to stomp on your balloon to release the coins.  Some of my balloon enemies turned out really good.  I was really happy with Boo and Chain-Chomp ones. 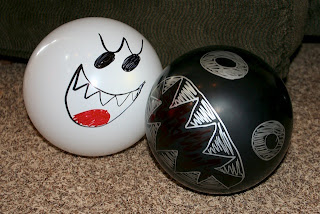 Others, like the Koopa shells, didn't work out so well, but the kids still loved them. 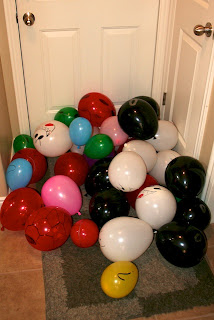 When we were done with the games, the kids were able to cash in their coins for prizes. I made shrinky-dink Mario keychains for one of the prizes. 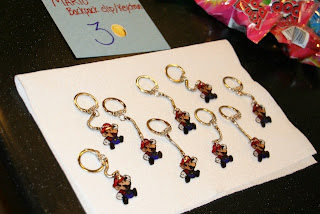 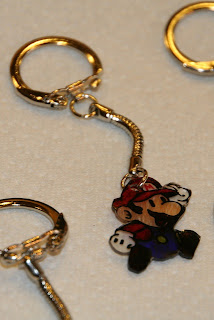 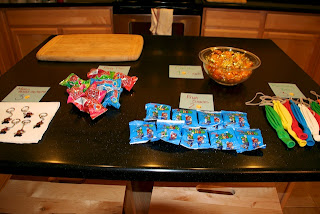 After the prizes, we ate cake.  I am so not a cake decorator, but I thought his cake ended up looking pretty good. 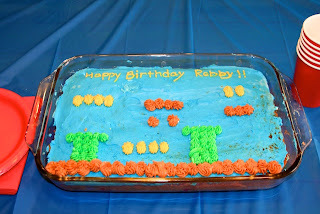 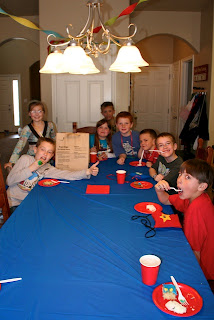 Then we opened presents.  Robby got some really great presents. 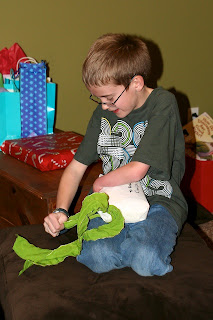 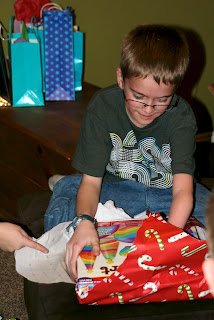 Then the kids played Mario Kart until the party was over.  I think this was their favorite part. 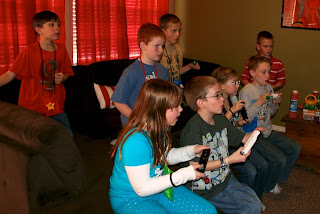 It turned out to be a great party. Everyone seemed to have fun and went home happy. Robby had a blast. I am glad he has good friends and that we could have such a good time.
Posted by Alice at 8:38 AM