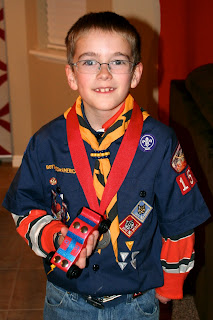 Last week, Robby had his second pinewood derby. Him and Kirk had a good time designing and making the car. They decided to do a really short car this year, which was kind of fun and different.

He did great. He won every single race, except for the final race, and ended up taking 2nd place. I was really proud of him, not because he took second, but because he was such a good sport. He was cheering for everyone, and was happy, whether he won or lost. He is such an amazingly good kid. I love him so much. 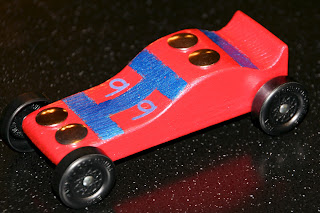 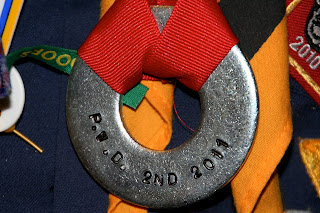 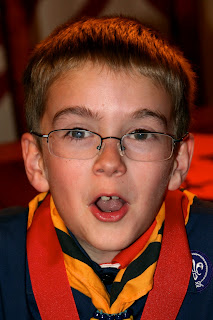