The End of Second Grade

I was just looking at some pictures on my camera and realized that I have a lot of catching up to do. 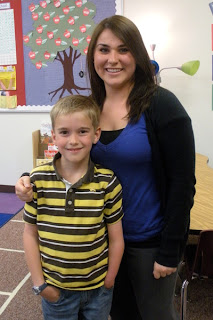 Robby had a great time in 2nd grade.  Miss Pugliano, his teacher, was wonderful.  He loved her and loved going to school everyday.  The end of the school year was truly bitter-sweet for him.  He had a great time with all the end of the year festivities, and he looked forward to summer vacation, but the thought of not being in Miss Pugliano's class anymore and of missing his school friends was a little sad.

I was able to go with him on his end of the year fieldtrip.  We went up in the canyon for a hike.  It was actually kind of a long hike and the kids were a little tired by the end, but Robby loved it.  He was smiling and excited the whole time.  At the end of the hike, we ate our lunch and then went to the Bean Museum.  It was a lot of fun. 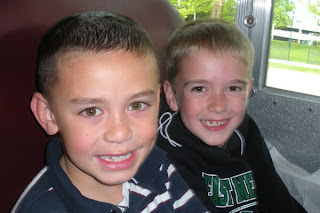 Robby and his buddy Riley on the school bus on the way to the canyon. 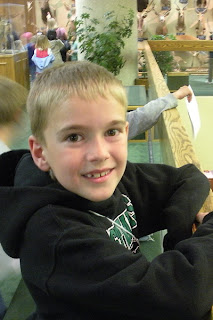 At the Bean Museum.

The second graders also had an authors' day when families were able to go to the school and look at all the stories and papers the kids had written through the year. 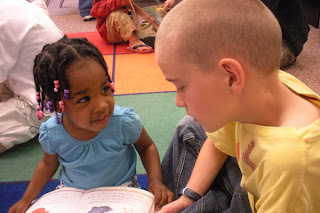 This is one of my favorite pictures ever.  After we finished looking at Robby's writing portfolio, he went and found a book and was reading it to Zoe.  She was so excited to be at Robby's school.  I just love the look on her face.  You can just see how much she adores him.  He is such an amazing big brother.

I am glad that Robby had such a great year and that he enjoys and does well in school. 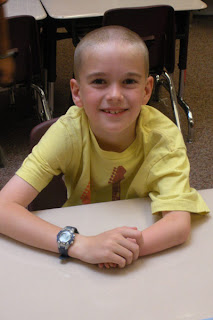