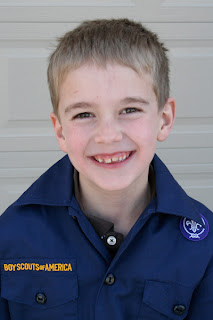 Along with getting baptized, one of the greatest things about turning 8 for Robby was that he got to start Cub Scouts.  He loves it.  He can hardly wait for Tuesdays to roll around so he can go to Scouts.  I love seeing him so excited about it.

Our ward had the pinewood derby just a couple of weeks before his 8th birthday, so he was invited to participate in it too.  He built a great car with his dad and had a lot of fun. 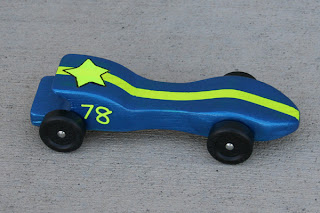 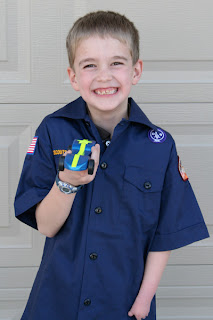 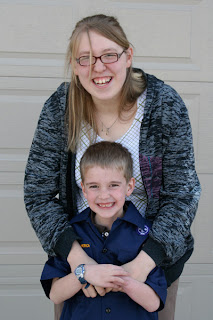 He loves to pass things off and earn things.  So far, in two pack meetings, he has earned his Bobcat and 4 belt loops.  He has probably read his scout book from cover to cover 5 times and is always asking if we can work on scout stuff.  I love that enthusiasm and hope he continues to have a good time with it.

Here are a few pictures from his first official pack meeting, where he earned his Bobcat award. 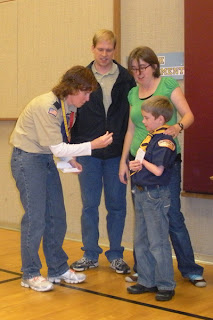 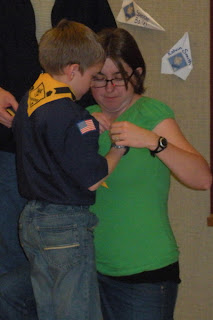 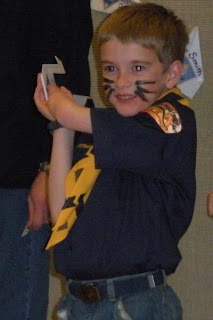