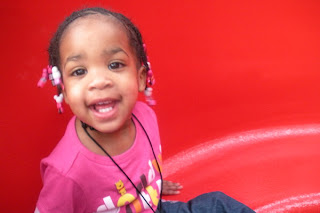 We had so many fun moments at Disneyland, but here are some of my favorites.

...Robby loves pin trading at Disneyland.  It is one of his favorite things to do.  He brought a bunch of pins he doesn't like and was trading them all for classic Disney character pins (Mickey, Donald, Goofy.)  One day, his lanyard was full of Mickey pins he had traded for.  He loved all of them.  He was looking at a cast members lanyard and I could tell he was struggling to decide whether or not he wanted to trade.  Looking at her lanyard, I could see exactly which pin he would want, a pretty cool looking Mickey one.  He kept looking at his pins trying to decide if there were any he was willing to give up.  Finally, he took one off his lanyard and handed it to the cast member.  I expected him to ask her for her Mickey one, but instead, he pointed to a little Winnie the Pooh pin, took it from the cast member and handed it to Zoe.  He looked at me with a big grin on his face and said, "I thought that was a cute pin and I knew Zoe would love to look at it."  It was so sweet.  He is such a good big brother.

...Zoe loves "It's a Small World."  After one of our many rides on it, as we were waiting to get off, she looked at me with a big smile on her face and said "FUN" in the cutest little voice.  That was a new word for her and it was so cute to hear her say it after enjoying the ride so much.

...Robby and Grandma Lapray spent a lot of time together riding on the big rides while Kirk and I took Zoe on some of the smaller rides.  It was great seeing them spending time together having fun with something they both enjoy so much.

...Again with Zoe and Small World.  Zoe was hilarious to watch as we went through the ride.  She would dance to the music, but she dances exactly like the dolls.  She would move very mechanically, only moving one part of her body, over and over again, just like the dolls did.  Today we were listening to the small world song and she immediately started dancing like that again.  It cracks me up.

...We got to see the Captain Eo tribute on its opening day.  It was so fun to see because I remember seeing it when I was a kid.  I don't remember it being so cheesy, but it still brought back a lot of memories.

...It was really cool to see how much Robby is growing up.  He loves to go on the roller coasters at California Adventure as a single rider (so he doesn't have to wait in line).  He kept telling me that he could just do it by himself, he didn't need me.  It was fun to see him so grown up and independent.

...At the same time, it was also nice to see that Robby isn't all grown up yet.  I worry that we don't have too much longer before he is too cool to enjoy things like Disneyland with us, but he is not there yet.  He was so sad as we were riding on our last ride, because he didn't want to say goodbye and go home.  He kept asking when we are going to go back.  I hope that magic never goes away for him.

Here are some of my favorite pictures from the trip. 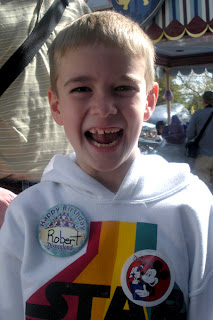 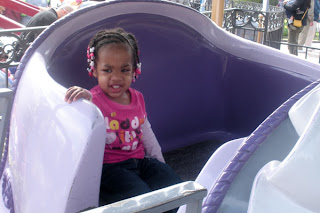 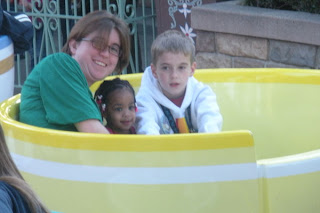 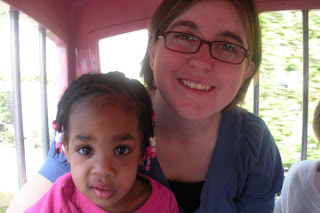 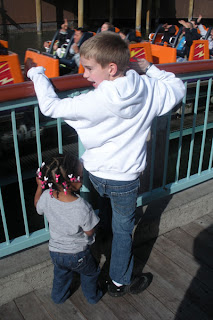 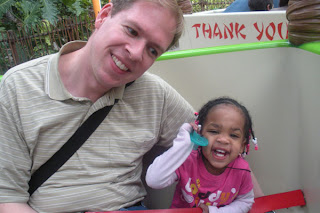 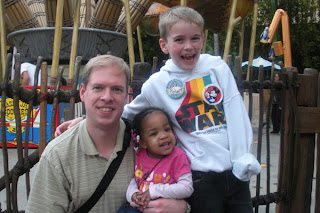 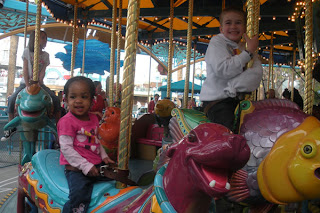 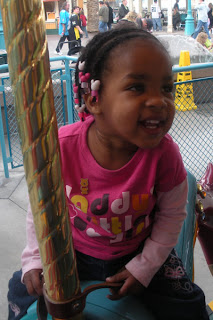 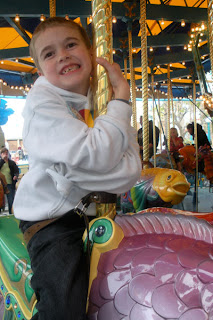 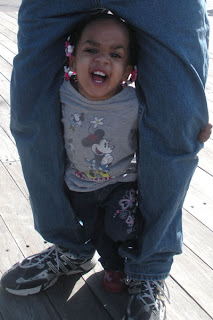